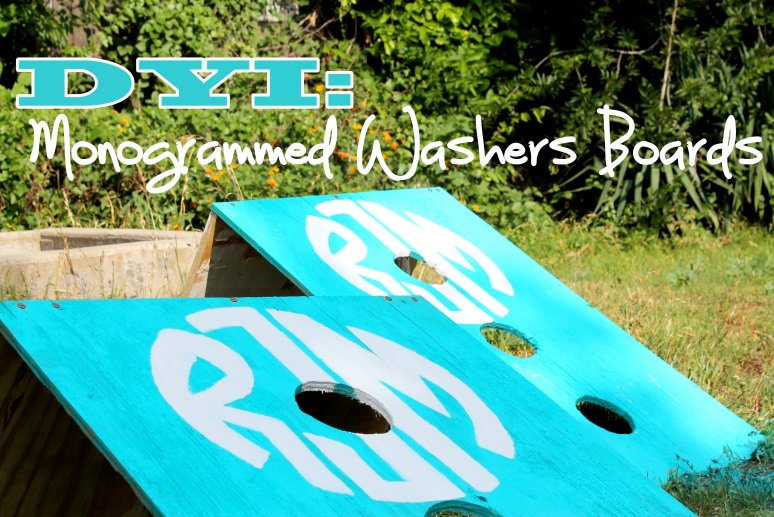 When we woke up this morning, we needed a project. Bad. We just couldn’t figure out what to project on. Nothing needed fixin’ or renovating or refurbishing. Nothing. So we became bored – which is not a very attractive look on my husband and I because we always have to be doing something – anything! As we drank our coffee on the deck, we looked around at our rather boring backyard and decided it needed something – anything – some entertainment for those backyard BBQs and shindigs we’re so fond of having. And that’s when it hit us: Washers. ((Otherwise known as “Southern Horseshoes” to all you Southern Belles out there.)) Not familiar with either term?! Washers is a game that can be found at any tailgate or local outdoor burger joint here in Fort Worth. Basically you and your opponent are trying to throw some little metal washers into three little holes – which sounds much easier than it actually is ((especially after a few margaritas. . .)). The full directions to the game can be found here ((or down below)), but if you’re already intrigued (and you love anything monogrammed), here’s a list of the supplies you’ll need to get started on your own Washers game boards. . . .

You’ll also need (8) some cardboard or extra paper to stencil the monogram on (trust me – stenciling is the way to go for this project!), (9) extra pins to keep the stencil steady on the boards, and (10) a big strapping man to help you drill some big ass holes in the board – because trust me, I thought I could just saw my little way through and now both our saws are broken and gone ((RIP hand saws)). OR, if you are experienced with a speed saw (shown below with big strapping man), just make sure you use protection for your eyes/face/hands/body/etc. . . . 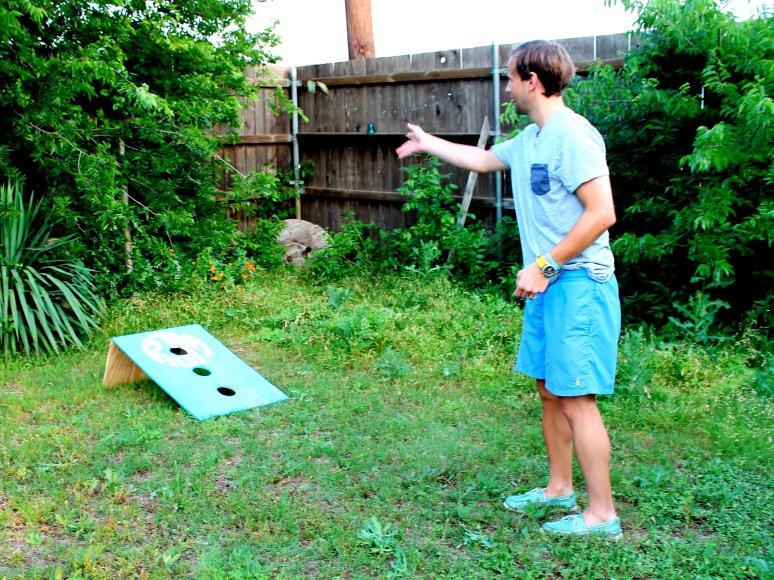 Alright, Ryne is totally cheating in this picture – he’s way too close to the board – but you’d never know without some game rules! Here’s some official rule making. . . .